time has come for us to die

Posted by the process of nothing at 14:13 No comments: 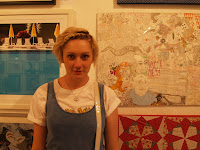 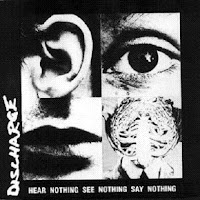 im really into discharge and i really miss jenn reid

im not sure waht parth im going to take in life

drugs?
suicide?
god?
Posted by the process of nothing at 10:28 No comments:

me and dan have a show come or die

History of a Time to Come

History of a Time to Come

S Mark Gubb has been hypnotised and is working with East-Kent based fanzine Road Kill to rediscover his youth - specifically, his late teens, which he spent as a heavy metal and hardcore-loving musician and skateboarder in Margate.

Working from a transcript of a tape recorded while he was undergoing hypnotic regression , Gubb, 35, is working with Road Kill (two teenage illustrators from Whitstable and Herne Bay), to produce drawings for an exhibition (or, as Gubb puts it, ‘walk-in zine’), a new publication and a zine fair at Crate Project Space , off Margate High Street.

For Gubb – as for many - his late teens were seminal times, when cultural allegiances were formed and rock-star dreams pursued, while the pressures and realities of adulthood approached quietly.

Towards the end of this period, Gubb realised that he had to choose between trying to ‘make it’ with his band and returning to study art. He chose the latter, but the local DIY music and skateboarding subcultures left a strong imprint on his work, which even now is as likely to refer to Napalm Death as it is to the fall of the Berlin Wall.

In fact, Gubb’s work is an exploration of how different subcultures, with their attendant languages, can overlap in contemporary society, creating challenges to notions of independence and originality for those who regard themselves as outsiders (or, indeed, insiders). A single work might find the common ground between the inclusive rhetoric of both the American political right and the independent music scene, but, rather than producing work that critiques this process from a rigid ideological standpoint, Gubb explores its potential for good and bad with equal emphasis.

In this new work, he positions himself explicitly as the subject of the actions, decisions and tastes of others – someone whose personal understanding of time and place are part of a larger system of tastes and interpretations.

In December 2009, Gubb visited a hypnotist to be ‘regressed’ to his time in Margate. The series of diaristic impressions of the town and the landmarks and events that were important to his time were recorded on tape and turned into a manuscript, from which Road Kill Zine will be producing the zine and exhibition.

Road Kill Zine was started in 2007 by Craig Scott and Dan Singer. The pair met skateboarding in Whitstable and Herne Bay, and soon discovered the rich DIY culture and hardcore punk music associated with the sport since the 1980s (though they weren’t born until the ‘90s). Inspired by pioneering hardcore bands Minor Threat and Black Flag (whose singers, Ian MacKaye and Henry Rollins, skateboarded together as teens), they adopted the ‘straight edge’ mantra (‘Don’t smoke, don’t drink...), and looked to the illustrators and fanzines associated with the bands for examples of how they might fill their evenings without dulling their minds.

Their fanzines, which openly recall the subculture of the decade before they were born, take the classic obsessions of teenage misfits – zombies, sex, mistrust of grown-ups and authority figures - mix them with social commentary and weird humour, and render it all in a surreal anthropomorphic graphic style that reclaims each piece of source material, whether it be a slasher movie or a cheap pornographic image, as the subject of a very idiosyncratic imagination and worldview.

For History of a Time to Come Road Kill have produced a fanzine that takes the results of Gubb’s hypnotic regression and applies their skewed approach to his memories of day-to-day life in Margate, which include relatively quotidian events, such arbitrarily deciding to walk an unfamiliar route to his home. The results are tangential and phantasmagorical; a radical remaking of the past and an exploration of the relationship between Gubb, Scott and Singer; suggesting that illusive acts of the imagination and random thoughts are perhaps more substantive areas of commonality than any verifiable facts that might bind the three together.

In addition to the fanzine, which will be available for free from Crate for the course of the exhibition, Gubb will work with Road Kill to produce a walk-in version of the ‘zine in Crate’s project space. This could be seen as an attempt to make real those imaginary works the three have formed together. On the other hand, it could also be regarded as a shrine to the teenage bedroom or artists’ studio...

Crate will be holding an exhibition of fanzines and artists’ books to coincide with History of a Time to Come, featuring contributions from Road Kill – who will be bringing hand-printed hoodies and T-shirts as well as zines – and other self-publishers from Kent, including artist Lucy Harrison, who has a solo exhibition at Crate in March.

There should be thirty or forty contributors in total from Kent and further afield.

Entry is free, and all contributors will have work for sale. Non-contributors are welcome to bring their own fanzines to show and swap.

History of a Time to Come is part of Bad Translation, Crate’s programme for 2009/10. It is generously supported by Arts Council England and Kent County Council.

28/01/10 | Canterbury| Playdoh promotions continue a run of excellent free music shows for lovers of choppy rhythms and yelling at Casey’s.

13/02/10 | Margate| Limbo kick of their Dead-Season Live-Art programme with the debut of a new work by Marcia Farquhar, with Andrew Kotting’s work being screened at the Substation. I believe their new website will go live in the next week or so with further information. Preview on 12/02/10 tbc.

16/02/10 | Canterbury| Alturnertive have the private view for their 100 Journals project at the Herbert Read.

03/03/10 | Margate| Turner Contemporary run the second of artist Hamish Fulton’s group walks.
Posted by the process of nothing at 09:50 No comments:

one of the best films i have ever seen
Posted by the process of nothing at 07:28 No comments:

films of the week

films of the fucking week ive wated to see the burning for about 70 years watch it
Posted by the process of nothing at 07:18 No comments: 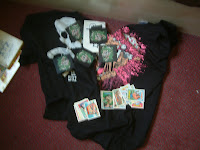 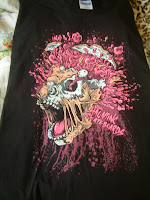 stoked today i got this stuff from the haunting in the post i met tom a while back and he shreads on a skateboard and hes real cool the head explosion is one of the best t shirts i have ever seen im fucking stoked with it so go and buy one now hauntingskateboards.com also somebody sent me some money for a road zine and sent me a bunch of garbage pail kids cards which is fucking rad
Posted by the process of nothing at 06:19 No comments:

stoked look what come in the post also my good freind paddy jones has just done this heroin graphic and really nicely pased me and board down which im fucked stoked with check some of paddys work out at http://phdjones.blogspot.com/
Posted by the process of nothing at 02:52 No comments:

me and dan have a show coming up in february in margate here is the font for the poster thats hasent event been made yet exclusive.....you can also see it in the back of heat magazine ....nah thats a joke
Posted by the process of nothing at 13:44 1 comment: 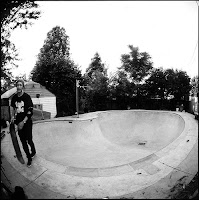 my mentor
Posted by the process of nothing at 09:27 No comments:

when i was a child this always made me feel wired

fist time i watched maniac i watched this about 60 times
Posted by the process of nothing at 11:43 No comments:

Posted by the process of nothing at 11:41 No comments: